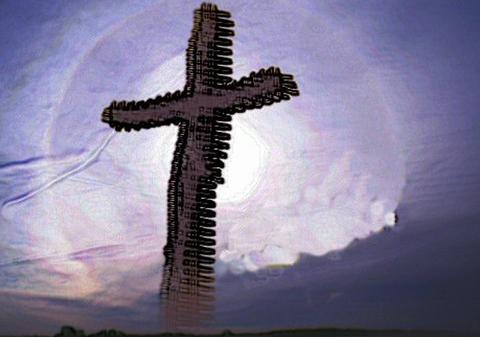 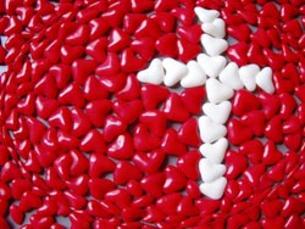 JESUS THEN AND NOW

Jesus then - only the Messiah was said to be able to heal blindness, lameness and leprosy -

As he was on his way to Jerusalem, he was passing along the borders of Samaria and Galilee. As he entered into a certain village, ten men who were lepers met him, who stood at a distance. They lifted up their voices, saying, “Jesus, Master, have mercy on us!”

When he saw them, he said to them, “Go and show yourselves to the priests.” As they went, they were cleansed. One of them, when he saw that he was healed, turned back, glorifying God with a loud voice. He fell on his face at Jesus’ feet, giving him thanks; and he was a Samaritan. Jesus answered, “Weren’t the ten cleansed? But where are the nine? Were there none found who returned to give glory to God, except this stranger?” Then he said to him, “Get up, and go your way. Your faith has healed you.”

In 1991, at age 13, Sarah caught what she thought was the flu…but no flu can cause deteriorating eyesight, memory loss and loss of muscle control. Tests at two major hospitals in Toronto were performed, but no medical cause for Sarah’s symptoms could be found.  By October 1993, she was unable to see, walk, eat or even swallow unaided, and the following year she was transferred to a long-term care home.

In February 1994, Sarah’s friend Rachel had received prayer at a healing meeting, She had a vision of her two grandfathers sitting at a table in Heaven with Jesus, and felt that He was telling her to go to the chronic care hospital and pray for Sarah…who recognised her friends’ voices, but could not see them or understand what was being said.  Saliva was dribbling out of her mouth, and she had to use a special wheelchair described as a “stretcher on wheels”.

Rachel and her father Simon moved Sarah to a quiet place where they could pray for her without being rushed.  Over two hours later, Sarah began to cry, then to shake, her sight began to return, and her legs started to move.  She slowly began to sit up unaided, and the constant drooling just stopped.  The joy of the Lord seemed to fill her, and she was able to speak her first words for several years: “I’m getting stronger!”

Before coming to the hospital, Rachel was so convinced that Jesus was going to heal Sarah, that she even brought along a bag of dill pickle chips for her to eat – which she did!  She soon began talking and walking on her own, and her sight returned fully.

In April 1994, Sarah was discharged from the chronic care hospital in Toronto.  Word of her miraculous recovery soon spread around the hospital.   A receptionist came up to Sarah and Rachel and said, “The power of Jesus is real, isn’t it?”

-Summarised from "Catch the Fire" by Guy Chevreau, Marshall Pickering, 1994

Jesus now...Cancer could be called the modern equivalent of leprosy in the first century -

We had a Tuesday night meeting where I would teach each week a Christ centered message on receiving and ministering healing. After I would teach, the entire group would minister to those who wanted to receive healing ministry.

On one Tuesday evening, a young man came who was very sick with cancer. He was also suffering nausea because he had taken chemotherapy that day. He was diagnosed with two large cancerous tumors. One tumor was under his ribs and one in his hip. His facial color was gray from the chemotherapy.

We laid hands on him and within moments, his color changed to pink and he was warm all over. The nausea was completely gone and we were fairly sure that he was healed. He went back to his doctor in a few days and after some x-rays, his doctor in amazement said that one of the tumors was completely gone and the other was half the size that it was previously. After a second time of ministry with him, he was completely free from cancer. Now, keep in mind that this man was under medical care both before and after his healing. Obviously, Father did not require him to refuse medical care in order to be healed.

- Shared by Roger Sapp, who simply encourages people to say these words to receive healing from Jesus Christ:

Healing belongs to me

Because of what Jesus has done.

I receive my healing now!

He healed a young girl and a woman - both of whom were not respected in society at that time.

One of the rulers of the synagogue, Jairus by name, came; and seeing Jesus, he fell at his feet, and begged him much, saying,

“My little daughter is at the point of death. Please come and lay your hands on her, that she may be made healthy, and live.”

Jesus went with him, and a great multitude followed him, and they pressed upon him on all sides.

A certain woman, who had an issue of blood for twelve years, and had suffered many things by many physicians, and had spent all that she had, and was no better, but rather grew worse, having heard the things concerning Jesus, came up behind him in the crowd, and touched his clothes. For she said, “If I just touch his clothes, I will be made well.” Immediately the flow of her blood was dried up, and she felt in her body that she was healed of her affliction.

Immediately Jesus, perceiving in himself that the power had gone out from him, turned around in the crowd, and asked, “Who touched my clothes?”
His disciples said to him, “You see the multitude pressing against you, and you say, ‘Who touched me?’”
He looked around to see her who had done this thing. But the woman, fearing and trembling, knowing what had been done to her, came and fell down before him, and told him all the truth.

He said to her, “Daughter, your faith has made you well. Go in peace, and be cured of your disease.”

While he was still speaking, people came from the synagogue ruler’s house saying, “Your daughter is dead. Why bother the Teacher any more?”

But Jesus, when he heard the message spoken, immediately said to the ruler of the synagogue, “Don’t be afraid, only believe.”

He allowed no one to follow him, except Peter, James, and John the brother of James. He came to the synagogue ruler’s house, and he saw an uproar, weeping, and great wailing. When he had entered in, he said to them,

“Why do you make an uproar and weep? The child is not dead, but is asleep.”

They ridiculed him. But he, having put them all out, took the father of the child, her mother, and those who were with him, and went in where the child was lying. Taking the child by the hand, he said to her, “Talitha cumi!” which means, being interpreted, “Girl, I tell you, get up!”

Immediately the girl rose up and walked, for she was twelve years old. They were amazed with great amazement. He strictly ordered them that no one should know this, and commanded that something should be given to her to eat.